Disc sports keep on growing – and aim to expand their empires

Ultimate and disc golf emerged from the pandemic stronger than ever. Now they are looking to move into TV and games

No, not on a college quad. On your TV. In a Major League Soccer stadium. On your gaming console. Amid your options for gambling. Maybe even in the Olympics one day.

Disc golf (not frisbee golf or “frolf,” no matter what George said on Seinfeld) and ultimate (not ultimate Frisbee) emerged from pandemic hibernation stronger than before, making their way on to various US TV networks. Most athletes have day jobs, but as each sport progresses, a few more people may be able to make a living throwing and catching.

Both sports fall under the umbrella of the World Flying Disc Federation, which is recognized by the IOC and includes some other disciplines like freestyle. Recognized sports aren’t quite an elite club of sports on the verge of a jump to the Olympics – don’t expect to see air sports or floorball anytime soon – but the WFDF made a serious push to get at least one of its disciplines into the 2024 Games and will do so again for 2028. Upon missing out on the Paris program, the WFDF released a gracious “thanks for thinking of us” message, a sharp contrast from the more petulant releases from other sports that missed out.

Ultimate is a bit farther along than the WFDF’s other disciplines. The college game has hundreds of teams, with championships on ESPN’s farther-flung networks.

Professional ultimate has had a few fits and starts. Game clocks and referees are routine in other sports, but they run counter to the self-officiated tradition of ultimate. And many players boycotted the league in a gender-equity movement that didn’t come to fruition as many had hoped.

But the AUDL (American Ultimate Disc League) has survived the boycott, a rival league and the pandemic, which forced the cancellation of the 2020 season. Its championship weekend, which starts on Friday, will be at DC United’s Audi Field.

And that entertainment may be more accessible on more platforms soon. The weekend games will be on Fox Sports 1, capping a season of Fox Sports 2’s weeknight replays of the live broadcasts on the AUDL’s site. The league also has international deals. The Fox deal is up after this season, and the league has retained heavy-hitting Wasserman Media to look ahead.

On the gender issue, the Premier Ultimate League features pro players from across the gender spectrum. The league also resumed operations after the pandemic, opting to go on its own rather than try to fit into the AUDL.

“They said, ‘We would like to take the lead,’” Hall said.

The news isn’t as good in Australia, where a mixed-gender league co-founded by women’s Australian football/ultimate player Cat Phillips has gone dormant.

Ultimate is unique, though, in the sense that it already has a thriving club game for men’s, women’s and mixed teams, which means the governing body of USA Ultimate runs its own events, some offering modest prize money. The Pro Championships over Labor Day weekend had some games on ESPN3 online, with rebroadcasts set for ESPN2 later in September. Players overlap between the AUDL, PUL and USA Ultimate, leading to extreme travel for athletes like the DC Breeze players who competed in an AUDL playoff game Friday night in Washington, then took a red-eye flight to play for traditional club powerhouse Truck Stop the next afternoon in Colorado.

The schedule conflict, though, doesn’t mean the organizations are at odds. Without the schedule-ruining scourge of Covid, the AUDL hopes to finish its season before the Pro Championships each year. USA Ultimate has worked with the AUDL and PUL in an advisory role.

“We have pretty regular communication with both leagues and often discuss how we can better support each other,” said Andy Lee, USA Ultimate’s managing director for marketing and communications. “As we emerge from the pandemic and continue to recover ourselves, I’m sure those conversations will formalize a little more and continue. While there is currently no formal relationship with the AUDL, the dialogue is pretty regular and positive.”

One sticking point is the name of the sport. “Ultimate” draws puzzled looks from people who don’t already know the sport and may immediately think of the Ultimate Fighting Championship, with flying fists rather than flying discs. “Disc sevens” is one name that’s been floated. “Ultimate Frisbee” is still used informally, but because “Frisbee” is simply one brand of disc, saying “ultimate Frisbee” is akin to calling American football “Wilsonball.”

“It’s a challenge in a lot of ways for sure,” Lee said. “But with the sport having just celebrated its 50th anniversary, the name also has a lot of history behind it. It’s also a challenge because there isn’t an obvious replacement.

Disc golf, on the other hand, is easy to comprehend. It’s golf, played with discs. Instead of holes, disc golf uses baskets with chains that produce a satisfying ka-ching when a shot is made. It’s an easily accessible recreational sport, with a directory now counting 6,678 courses in the United States.

Like ultimate, disc golf has made inroads on TV. The Disc Golf Pro Tour now has events on ESPN’s networks, with the tour championship set to be broadcast on ESPN2 for the second straight year in October. Last year’s championship drew 225,000 viewers on ESPN2.

Aside from full-fledged broadcasts, both sports have found their way onto highlight shows. ESPN SportsCenter’s daily Top 10 list has featured several PDGA clips, from a tree-eluding Paige Pierce hole-in-one to a dramatic moment that hit No 1 on the ESPN countdown: James Conrad’s 247-foot shot on a dogleg-right 18th hole to force a playoff in the PDGA Pro World Championship.

The clutch shot and a beautiful approach on the playoff hole earned Conrad a trophy and a bit more money – $16,500 instead of the $10,000 given to runner-up Paul McBeth, who was going for his sixth win in the annual event. And don’t feel too badly for McBeth, who has earned $50,963 this year in prizes and, oh by the way, has signed a 10-year, $10m endorsement contract. (Somewhat surprisingly, given the progressive nature of disc sports, there’s a pay disparity in the world championships. Catrina Allen made $10,000 for her win; Pierce made $6,000 by taking second.)

Ultimate also lends itself to neat highlights, with far-flung throws hanging in the air long enough to build anticipation for an eventual catch or defensive play. Players also use a variety of creative throws to come up with innovative passes you can’t really make with a football or basketball.

You can also make your own highlights. Disc golf has a couple of video games for mobile (Disc Golf Valley is best for beginners) and saw two releases for PC on Steam in 2020. The AUDL is going big, aiming to make “AUDL” analogous to “Fifa” or “Madden” in creating a symbiotic relationship in which the sport and the game make each other stronger. The Fifa series added women’s players a couple of years ago; the AUDL wants its game to include women at the outset.

The AUDL has another prong in its strategy to include a modern audience – betting, which many major sports are now rushing to embrace. AUDL partner DraftKings has broadcast games on its YouTube channel and carries tips to go with the betting lines. AUDL expansion is coming – most likely three teams in the next couple of months and a few more sometime in 2022. The PUL also expects to expand. By 2030, the AUDL hopes to be averaging 3,000 fans per game and paying a living wage for up to 10 players per team. And that’ll already be more lucrative than sports that are already in the Olympics. 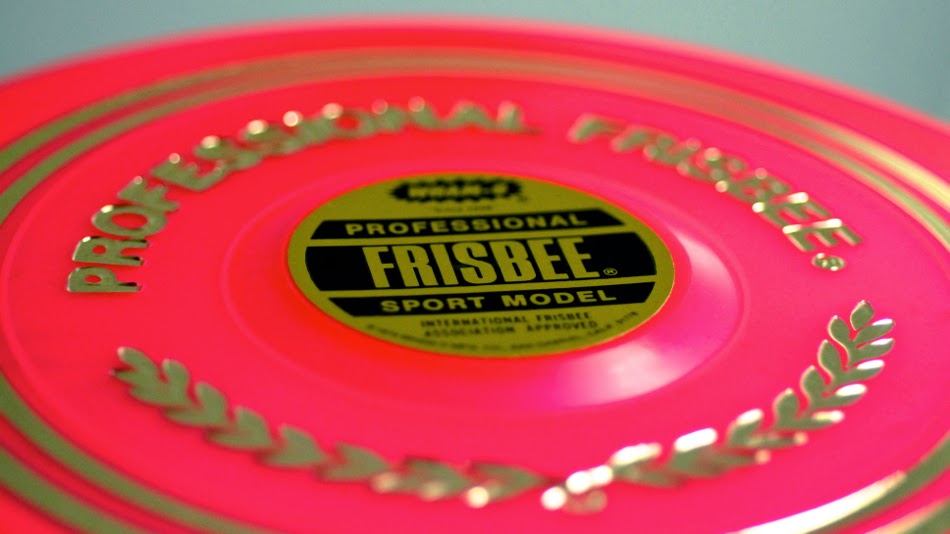 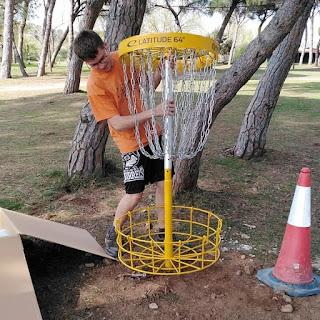